Short Description: An instrument that produces sound when the lasers are cut off by one’s fingers; created with a partner using Adobe Illustrator, laser cutting some parts, and Max MSP. Lots of soldering was done.

For a final project, ZZ and I worked together to create a laser harp. We spent many late nights working on it and I think it turned out great. The initial idea that inspired me can be found here. We did not, however, follow the Instructable – instead, we created our own, unique prototype. The project took us about two weeks of work and several long nights.​

We started off by looking at the different kinds of lasers we could use at the electronics market. After a lot of debate, we decided to use small, red lasers – we made them visible by buying a vapor machine and directing the vapors toward the lasers. The idea is to direct the laser beams at the light sensors, who’s feedback would be used in Max MSP, which is a visual programming language for music and multimedia that ZZ was learning about in his Sound and Vision class. We tested a couple of lasers with a small battery in a dark room in the IMA lab to see whether the setup would work. 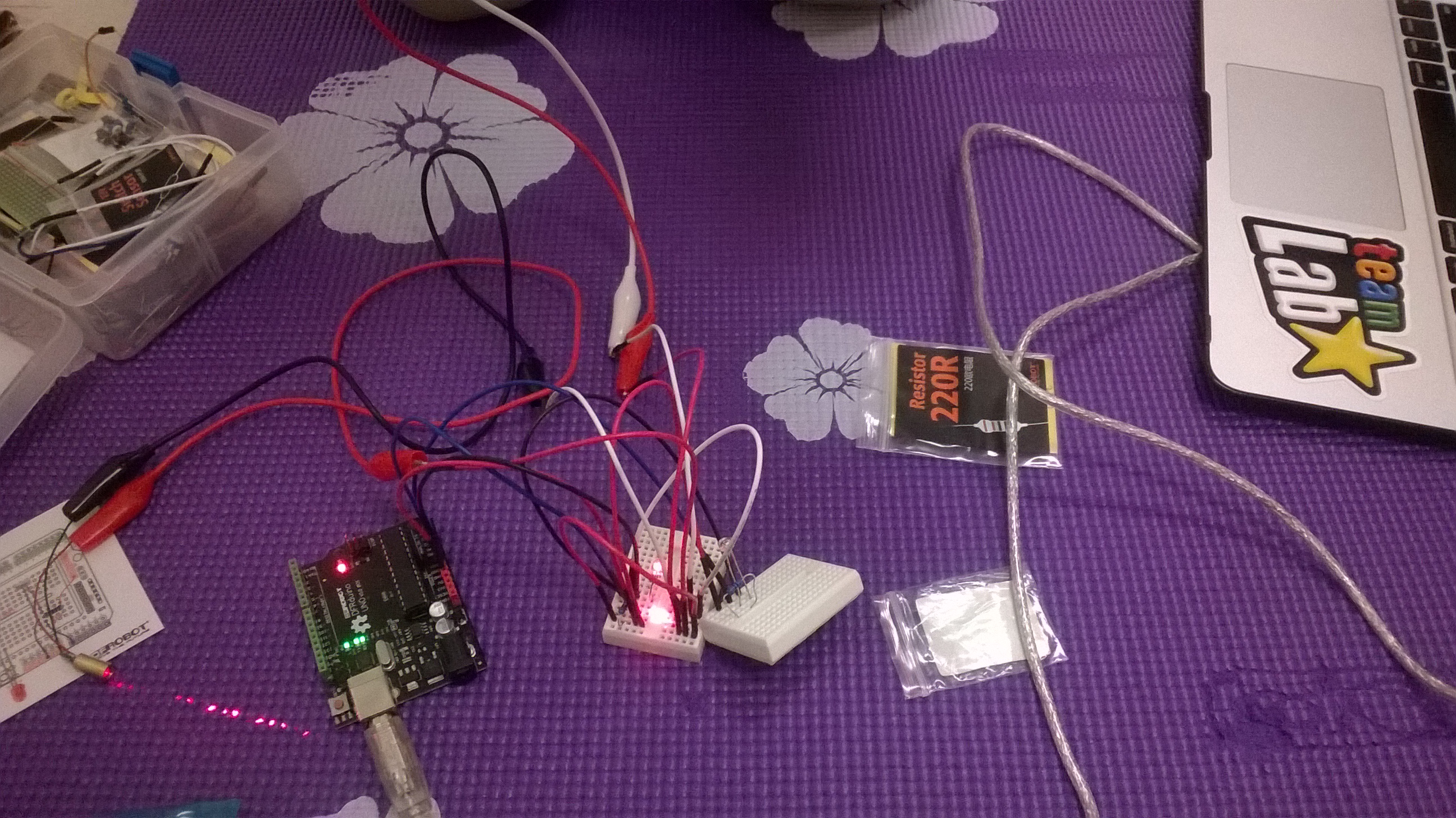 The next step for me was to begin creating a frame for the harp; Vivian helped me with this, and we came up with the basic structure shown below. 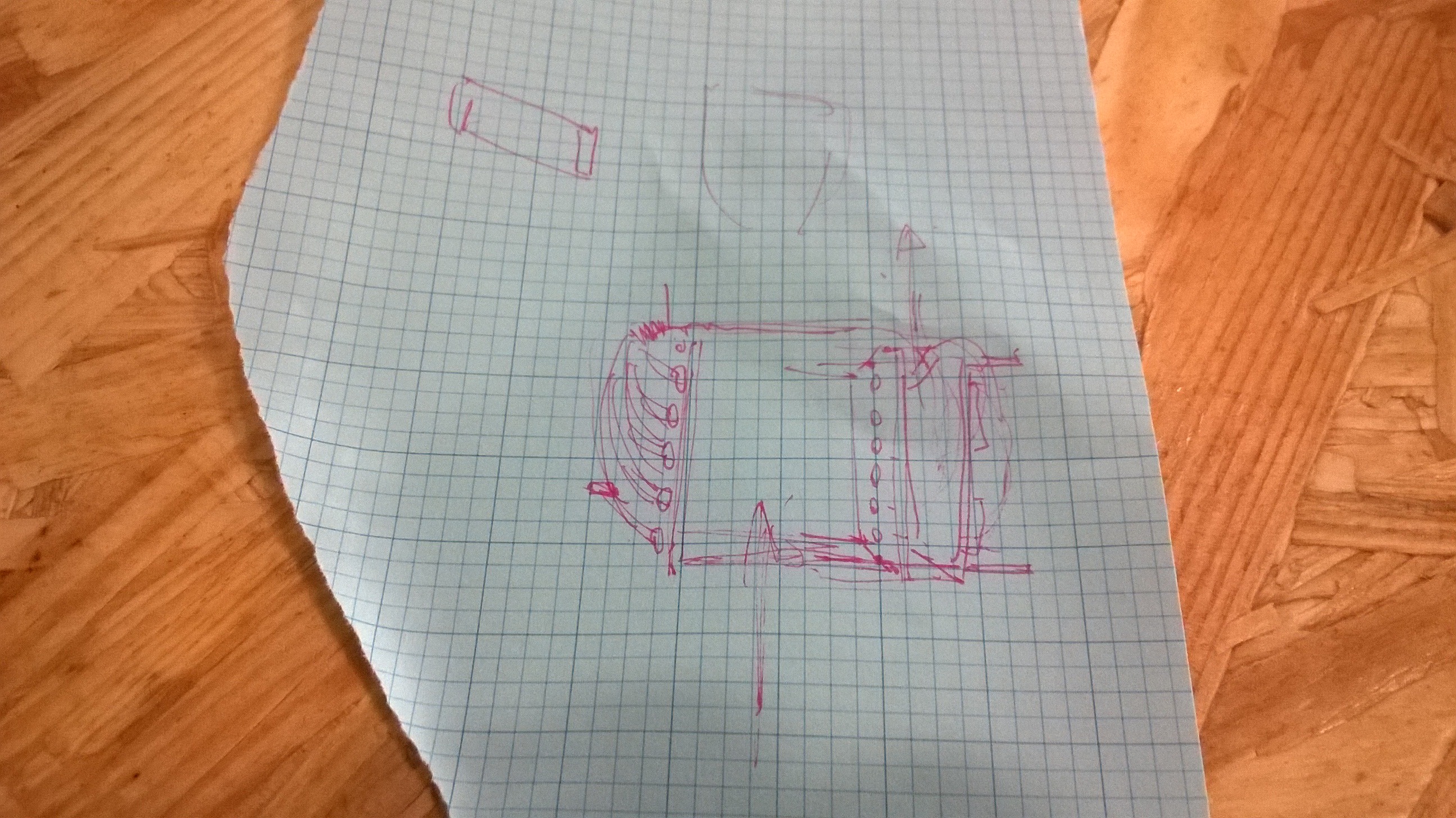 When buying more lasers at the electronics market, we also bought some connectable rods for the frame.

As ZZ began working on his patch using Max MSP, for the sound, I began drawing up the boards for the frame in Adobe Illustrator, making sure to have the holes for the lasers and light sensors lined up precisely. Here is a screenshot of what they looked like: 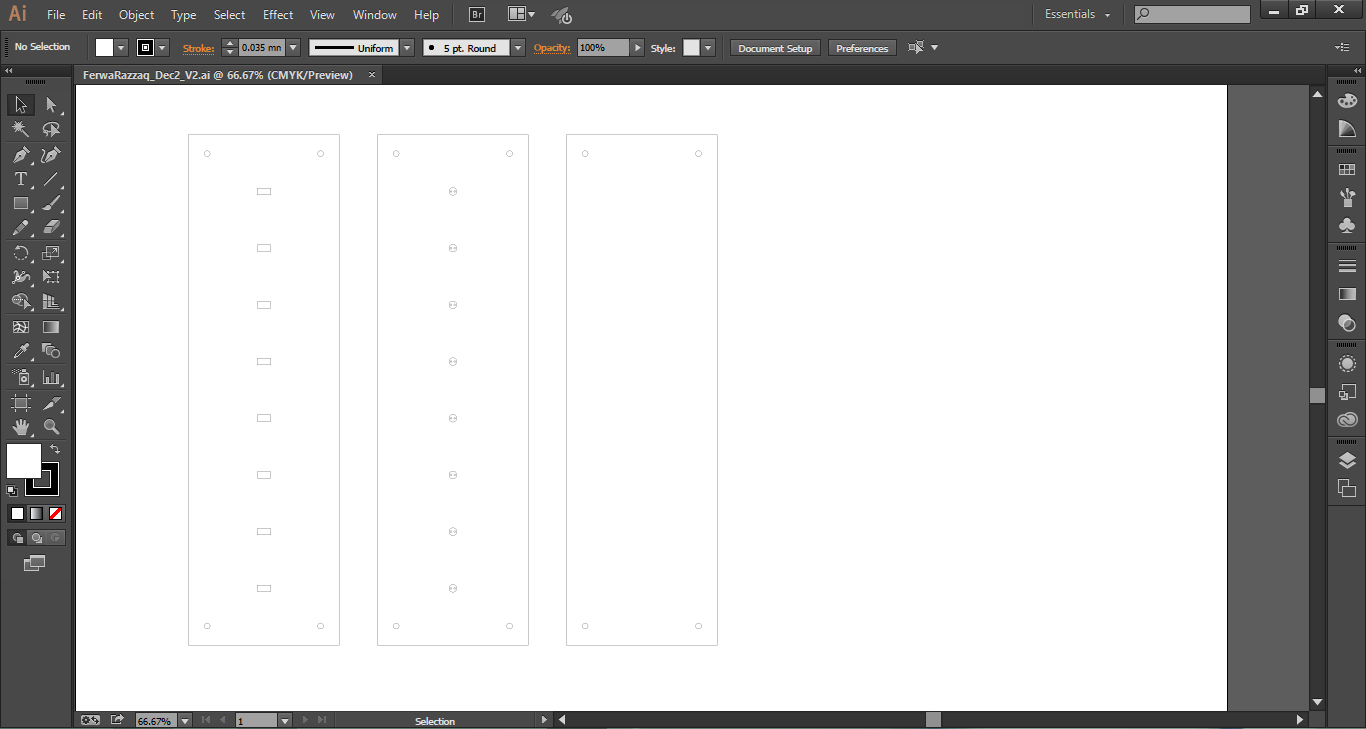 Next, we laser cut the boards using a transparent plastic material. Unfortunately, the laser cutter had been having issues recently, so the cut was not as fine as it could have been. The parts, however, did fit, so we soon began to assemble everything, which took a long night and some trial and error. Lots of wire cutting and stripping and tagging and soldering was involved. Thanks to Vivian for all of her help!

Soon, however, we realized that with the kind of rectangular holes that were created for the lasers to fit (they had a small rectangular component on the tails), the lasers would not stay in place and be able to adjust and aim at the light sensors precisely enough. So, I recreated the boards with circular and snug-fitting holes, and we used the laser cutter again – this time with black plastic for a sleeker look, as the transparent was not as aesthetically pleasing.​ Here’s what the new document looked like: 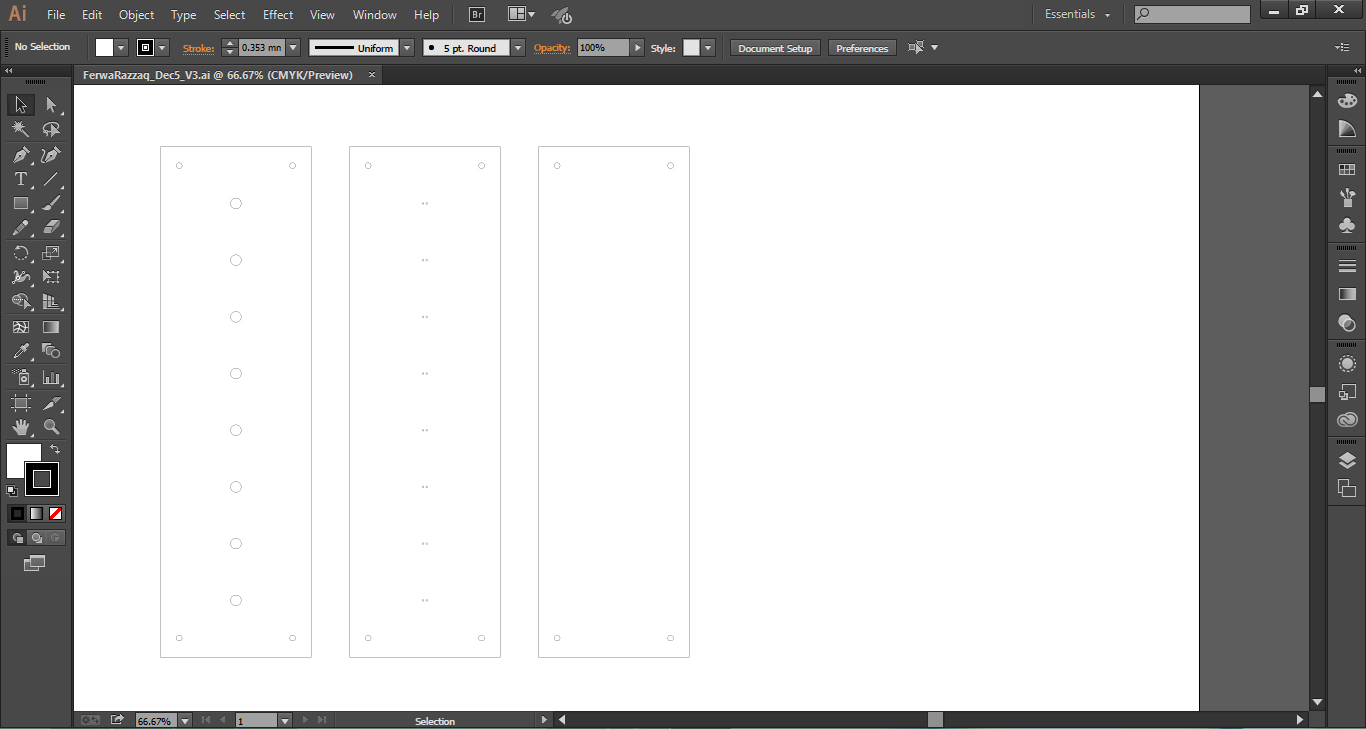 We disassembled the previous frame, and started putting together the new one. Again, lots of wire cutting and stripping and tagging and soldering was involved. It was a relief when we tested the frame with all eight lasers lighting up! ZZ had some problems with his patch, but managed to fix them, and eventually got the sound working. It took a lot of effort, but we ultimately managed to finish our prototype.